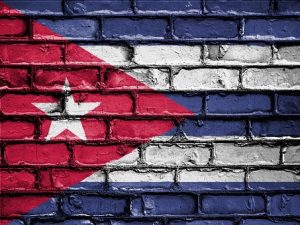 Dengue Hemorrhagic Fever is the more severe form of Dengue

Cuba-05 December 2018-A Dengue Hemorrhagic Fever outbreak in Cuba is being reported by the Miami Herald,

A deadly strand of the dengue virus, transmitted primarily by the Aedes Aegypti mosquito, has returned and is worrying authorities, according to Cinco de Septiembre, official newspaper of Cienfuegos in south central Cuba. This type of dengue has not been reported in Cuba since 1977. (Miami Herald, 2018)

“A new epidemic of dengue has broken out, causing alarm and clinical developments, but luckily we have not had to mourn the loss of life up until now,” the newspaper quoted provincial health director Salvador Tamayo Muñiz, speaking to regional leaders. (Miami Herald, 2018)

What is Dengue Fever?
Dengue is a mosquito-borne viral infection causing a severe flu-like illness and, sometimes causing a potentially lethal complication called severe dengue. The incidence of dengue has increased 30-fold over the last 50 years. Up to 50-100 million infections are now estimated to occur annually in over 100 endemic countries, putting almost half of the world’s population at risk. (WHO, 2018)

What are the Symptoms of Dengue Fever?
A person infected by the dengue virus develops severe flu-like symptoms
Individuals should suspect dengue when a high fever (40°C/ 104°F) is accompanied by two of the following symptoms:

Severe abdominal pain
Persistent vomiting
Rapid breathing
Bleeding gums
Blood in vomit
Fatigue, restlessness
The next 24-48 hours of the critical stage can be lethal; proper medical care is needed to avoid complications and risk of death (WHO, 2018)
Treatment

There is no specific treatment for dengue fever.
Patients should seek medical advice, rest and drink plenty of fluids. Paracetamol can be taken to bring down fever and reduce joint pains. However, aspirin or ibuprofen should not be taken since they can increase the risk of bleeding.
For severe dengue, medical care by physicians and nurses experienced with the effects and progression of the disease can frequently save lives. Maintenance of the patient’s circulating fluid volume is the central feature of such care. (WHO, 2018)
Prevention and control

Dengue Shock Syndrome (DSS) — Shock syndrome is a dangerous complication of dengue infection and is associated with high mortality. Severe dengue occurs as a result of secondary infection with a different virus serotype. Increased vascular permeability, together with myocardial dysfunction and dehydration, contribute to the development of shock, with resultant multiorgan failure. (Outbreak News Today, 2018)

Russian Strategy in Sub-Sahara Africa, Military & Industrial Partnerships-What is Russia up to? Next post