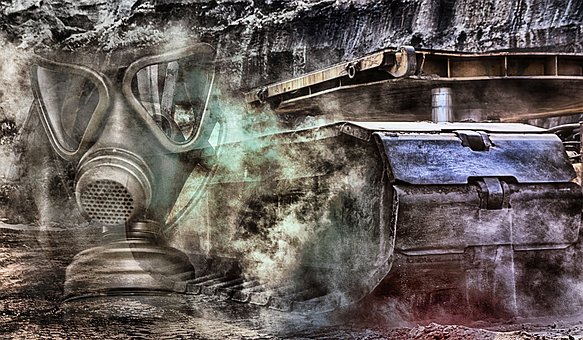 The U.S. Army Medical Research Institute of Chemical Defense defines a chemical weapon as, “A chemical substance…intended for use in military operations to kill, seriously injure, or incapacitate humans (or animals) through its toxicological effects.” Modern Chemical Weapons were first deployed in World War I by German Forces in Ypres, Belgium.  By the end of WW I, chemical weapons caused 1.3 million casualties and approximately 100,000 fatalities.  Since the introduction of modern Chemical weapons in the Great War, chemicals have been used in WW II, the war in Vietnam, the North Yemen Civil War, the Iran Iraq War, and most recently the War in Syria.  The “Geneva Protocol” prohibits the use of chemical and biological weapons in the field of conflict.  The protocol does not regulate the production, research or stockpiling of chemical weapons.  The protocol does not govern the use of chemical weapons in domestic conflict (Civil War), nor are countries prohibited from retaliating with chemical weapons should an adversary attack with chemical weapons.  Weaponized chemicals are classified as, Blister Agents (vesicants), Nerve Agents (Organophosphates), Choking Agents (Pulmonary/Lung), Blood Agents (disrupt oxygen carrying mechanism) and Riot Agents (temporary incapacitation). Chemical weapons are delivered in two phases.  The delivery phase carries the agent to the target and the dissemination phase disperses the chemical onto the desired target.  Delivery mechanisms include ballistic missiles, air dropped gravity bombs, rockets, artillery shells, aerosol canisters, land mines and mortars.  Dissemination is accomplished through explosive detonation, which expel chemical laterally and alternatively aerodynamic dissemination, a non-explosive which deploys the chemical agent through dispersion lines.

The Organization for the Prohibition of Chemical Weapons

Toxic chemicals and their precursors

Equipment ‘directly in connection’ with munitions and devices

The Chemical Weapons Convention (CWC) requires each state party to, 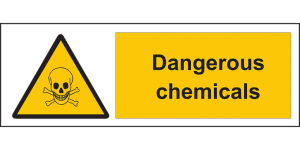 Exposure to vesicants cause

Exposure to riot control agents cause

There are two phases to a chemical weapon attack (Arms Control Association, 2019)