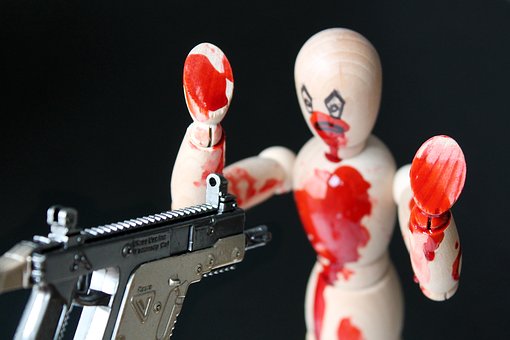 Active shooters are defined as individual(s) that actively engage in killing people or attempting to kill people in a confined or populated area.  Once the active shooter has killed or injured 4 or more people they are defined as a mass murderer. (FBI, 2018) Active shooters focus on soft target areas that are highly populated, easily accessed, generally lacking security.  Mass shooting events most commonly occur in businesses (45%), schools (25%), and government facilities (10%). (Alertfind.com, 2018) While the USA has the most mass shootings, the problem is not unique to the United States and has occurred in several nations.

Mass shooting incidents continue to be a threat to public safety and security. There have been 188 active shootings in the United States in the first half of 2018 and 346 mass shootings in 2017. (ABC News, 2018) According to a Study by Harvard School of Public Health, “One killing or shooting increases the chances that others will occur within about two weeks, an “infection” that lasts about 13 days. (CNN, 2017) Active & Mass shooting events will persist, and first responders need to prepare accordingly.  Fire Departments, Emergency Medical Services & Private Safety Practitioners should develop training programs and practice for serious shooting incidents.

Development and Implementation of

ABC News-Mass Shooting in the U.S.: When and Where They Have Occurred (2018) https://www.abc15.com/news/data/mass-shootings-in-the-us-when-where-they-have-occurred-in-2018

CNN News-Mass Shootings in America are a Serious Problem and these Charts Show Just Why (2017) https://www.cnn.com/2016/06/13/health/mass-shootings-in-america-in-charts-and-graphs-trnd/index.html