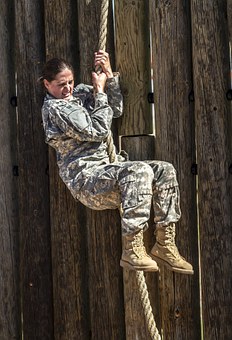 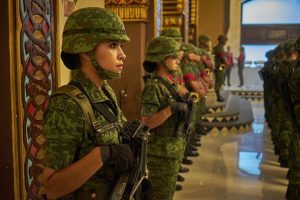 Background & Analysis
Women have been serving militaries as soldiers for thousands of years in many different eras and cultures. Females have found ways to serve their country despite resistance, sometimes impersonating male soldiers to join the fight on the frontlines. (Task & Purpose, 2018) There is no shortage of literature documenting women serving in both combat and support roles. Chinese scholars have identified 19 female warriors in the ancient period alone. The most famous Chinese women warriors were generals named Liang Yu Qin and Hong Yu Liang. Qin is known for her many victories in both national defense and the suppression of internal uprisings. In the Post Opium War Time Period, 1840-1949; Thousands of women officers and soldiers, organized in gender-segregated battalions, engaged in a wide range of military activities, including combat. (National Council for the Social Studies, 1994) During the U.S. Revolutionary War women serving under George Washington worked as spies, and in combat support-logistics roles. Women served in the U.S Civil War in a variety of roles including nursing, administration, espionage and in combat disguised as men. (Task & Purpose, 2018) Open source research indicates a significant trend for countries opening combat occupations to women. Some countries have been slow to remove gender barriers for women in combat while others have progressively dismantled all roadblocks. Many militaries have not succeeded in facilitating female military participation despite gender integration efforts.

Canada
• Canada opened all combat roles except those involving submarine warfare to women in 1989
• Female submariners were allowed in 2000
• In 2003 the first female captain of a Canadian warship was designated, since then women have been promoted to various other commands
• 15% of Canadian military forces are female
• 2% of combat troops are female
• In 2006 the first Canadian female soldier was killed in combat engaging Taliban forces in Afghanistan
(NATGEO, 2013)

Denmark
• Denmark implemented a policy of total inclusion in 1988
• Danish research showed that women performed just as well as men in land combat roles
• Although all posts are open to women, physical requirements have so far prevented them from joining the country’s Special Operations Forces
(NATGEO, 2013)
• 3 Danish women soldiers have been killed in international operations
• As of 2002 the highest rank reached by a woman in the Danish armed forces is Lieutenant Colonel
• NATO reports indicate that the Danish military does not promote women to positions of leadership
• Denmark has different basic physical requirements for men and women in their armed forces; however the requirements for the more physically demanding jobs do not differ for either sex
(New World Encyclopaedia, 2018)

France
• Women make up nearly one-fifth of the French military
• Females can serve in all posts except on submarines and in the riot-control gendarmerie [Integration coming in 2017] (San Diego Tribune, 2015)
• Though permitted to serve in combat infantry, most chose not to
• As a result, women make up only 1.7 percent of that force
(NATGEO, 2013)

Germany
• In 2001, the country opened German combat units to women; this dramatically increased the recruitment of female soldiers into the ranks
• The number of women in the German Armed Forces is now three times as high as in 2001
• As of 2009, roughly 800 female soldiers were serving in combat units
(NATGEO, 2013) 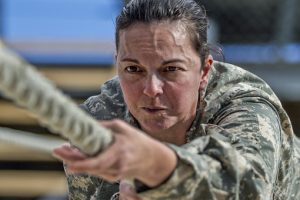 Israel
• In 1985 the Israeli Defense Force (IDF) began putting women into combat positions
• By 2009 women were serving in artillery units, rescue forces, and in anti-aircraft forces
• While women must take part in compulsory military service, they are conscripted for only two years, versus three for men
• A study on the integration of female combatants in the IDF between 2002 and 2005 found that women often exhibit “superior skills” in discipline, motivation, and shooting abilities
• Females still face prejudicial treatment stemming from “a perceived threat to the historical male combat identity” (NATGEO, 2013)
• No less than 2,700 women were recruited during 2017 to mixed-gender battalions
• 2017’s number marks a record high, continuing a trend that started five years ago (ynetnews.com, 2017)

New Zealand
• Women have been able to serve in all defense units, including infantry, armour, and artillery units, since 2001
• A report four years later found that the move helped drive a societal shift that values women as well as men (NATGEO, 2013)

Norway
• In 1985, Norway became the first country in NATO to allow women to serve in all combat capacities, including submarines
• Norwegian women are also subject to the draft in case of national mobilization
• Few women are attracted by the infantry and cavalry-however do a great job in the Norwegian Army says (Col. Ingrid Gjerde) an infantry officer in the Norwegian military for 25 years
• Colonel Gjerde, an infantry officer was the commander of Norwegian forces in Afghanistan in 2012 (NATGEO, 2013)
• Norway now has a special forces training course for females known as Hunter Troop (BBC, 2017)

United Kingdom
• In July 2016 all exclusions on women serving in Ground Close Combat (GCC) roles were lifted
• Six British women in the Iraq War and three in the Afghanistan War were killed in action (NATGEO, 2013)

Finland
• Men become eligible for military service the year they turn 18, and later participate in refresher courses with the reserve forces until they turn 60
• Military service is voluntary for Finnish women
• Military service offers the same opportunities for training for men and women
• Physical requirements are the same for both sexes and there is no special treatment for women or quotas for women in different training programmes or branches (This is Finland, 2018)

India
• In a transformational move, the Indian Army is all set to open up combat positions for women
• The process allows women in combat roles, currently an exclusive domain of men
• Initially women will be recruited for positions in the military police
• Currently women are allowed in a number of select areas including in medical, legal, educational, signals and engineering wings of the Army but, combat roles are kept off limit for them due to operational concerns and logistical issues (Indian Express, 2017)

Kurdistan
• Women have served in Peshmerga forces for decades
• Maintaining border security, protecting women’s shelters, and providing medical and communication services
• Female fighters rarely carried out combat-related duty
• With the emergence of the Islamic State (IS) in 2014, cultural taboos and restrictions previously surrounding women broke down
• Female Peshmerga assumed more active combat roles and ultimately joined the front lines of the battle against IS
• Women fought bravely and demonstrated to both potential recruits and their superiors that female Peshmerga were a valuable asset to combat forces (Washington Institute, 2018)

Pakistan
• Most women in the military are today employed with the sole aim to treat medical patients
• Of 4000 female officers serving in the military, 3000 are employed in the AFNS (Armed Forces Nursing Services)
• Over 600 are female doctors in the AMC (Army Medical Corps)
• The remaining women serve as female officers on non combatant roles in the ISPR, Signals and Engineering departments of the military
• There are female fighter pilots commissioned by the Air force Academy in Risalpur
(Pakistan Defense, 2018)

Sweden
• Sweden’s new conscription protocol will take some of its inspiration from neighbouring Norway, which features one of the few gender-neutral fighting forces in the world
• Its first enlistment begins in July and will draw from a pool of men and women born in 1999
(The Atlantic, 2017)

Russia
• Women are barred from direct combat roles and are not subject to the draft
• During the 1917 revolution, an all-women “death battalion” led the charge across trench lines
• In World War II, more than 1,000 female snipers served on the Eastern Front and a regiment of female fighter pilots shot down dozens of Nazi planes (San Diego Tribune, 2015)

Eritrea
• Women have fought in large numbers since the 1991 war of independence from Ethiopia
• Eritrean women are conscripted into military service (San Diego Tribune, 2015)

Japan
• Opened nearly all combat positions to women in 1993
• Japanese self-defense forces are under strict provisions to respond only when attacked
(San Diego Tribune, 2015)

South Africa
• About 21 percent of the Air Force is female (San Diego Tribune, 2015)

Brazil
• Accepted women in the military during early 1980s, in a support capacity
• Plans to allow first women to enter combat training by 2016 (San Diego Tribune, 2015)

TIMELINE: A History Of Women In The US Military-Task & Purpose (2017) https://taskandpurpose.com/timeline-history-women-us-military/